I’ve just moved. My new apartment (really a flat) is tiny but perfect for me. It’s located in an old heritage building in Abbotsford called Denton Mills, which used to be a hat factory. I’ve done a bit of research since moving in and have discovered that the factory was built in 1888 in ‘colourful polychrome’ brickwork in an Italianate style with a large dominant chimney stack which is still standing. 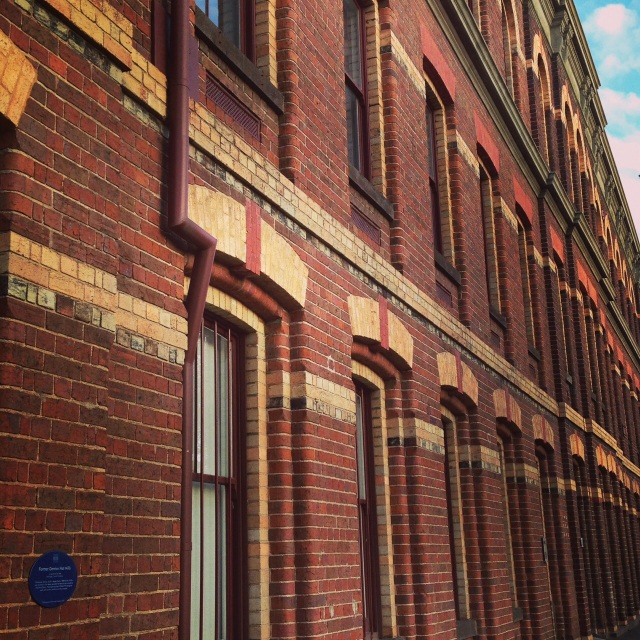 The designer William Pitt, was a very well known and prolific architect in late 1800s Melbourne. Many of his designs still stand today including the old Rialto building, the Princess Theatre, the Olderfleet building, the Victoria Brewery and the St Kilda Town Hall.

The factory grew to be one of Abbotsford’s largest and was also the first steam-powered hat factory in Australia. It took a few years to get to this point however as the locals were not used to buying locally made hats, instead opting for the imported versions.

My new home is quite small so I’ve spent a lot of time looking for furniture that looks good but is not so big that it makes the place look cluttered. I’ve fallen in love with Danish furniture and have found some great restored pieces from the 1950s and 60s …

… including a beautiful nest of teak tables.

I have a great view of the city which I don’t think I’ll ever get tired of. There are so many different aspects – lit up at night, on sunset, cloudy, raining, blue sky – all beautiful.

Abbotsford is one of Melbourne’s oldest suburbs. It is bordered by the Yarra River to the east and Victoria Street (also known as Little Saigon) to the south. It is home to many of Melbourne’s most famous landmarks including the Carlton United Breweries, Victoria Park Football Ground, Abbotsford Convent, and Skipping Girl Vinegar sign. There is so much for me to explore, and of course lots to write about … so stay posted.

← Open Studios
Eating out in Abbotsford →