Street art, once considered a blight on the urban landscape, is now a major tourist drawcard in many cities. Despite this significant shift in attitude, some still believe that street art equals vandalism. Regular followers of This Melbourne Life or my Instagram feed will know that I love all street art, but understand not everyone shares my appreciation of this art form.

People have been making their creative mark on public spaces for thousands of years. I wonder if prehistoric man (or woman) faced similar judgements to their 21st century peers after carving an image into a cave wall. The location of the art can often sway public perception. A tag, however creative or attractive it might be, is likely to be seen as vandalism if painted on a group of abandoned shops in a seedy neighbourhood. The exact same piece, if located among more asthetically appealing street art in a gentrified neighbourhood, is much more likely to be viewed favourably by the public.

So, who decides what is art and what is vandalism and more importantly what stays up or is removed? For the Melbourne City Council it comes down to permission. If permission is granted, regardless of the nature or perceived appeal of the art, it stays. If there is no permission, the art is removed. A process whereby building owners or tenants can request permission for street artists to paint their building helps the Council to make these judgements.

The Council has also sponsored education and mentoring programs for young street artists, providing public spaces for them to paint, including Union Lane. Now, many of the laneways that criss-cross Melbourne’s central business district are filled with colourful murals, tags, stickers and stencils, attracting many thousands of tourists every year.

Here are some different pieces from around the city of Melbourne and my own neighbourhood. So what do you think – art or vandalism? 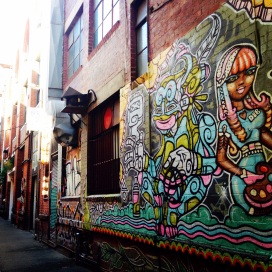 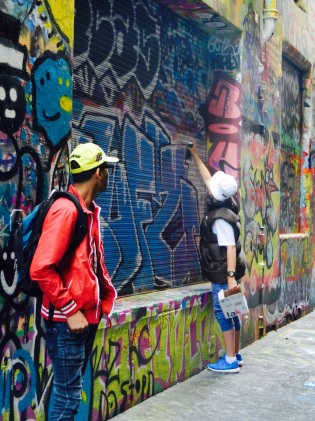 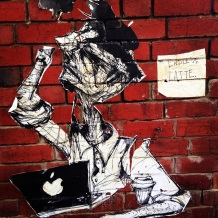 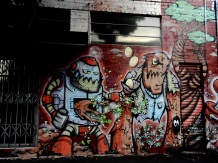 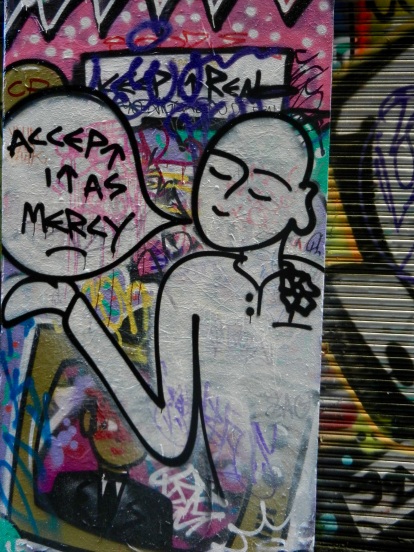